Nearing its 50th anniversary, the Renault 5 will soon once again join the Renault line-up in a revamped electric version. 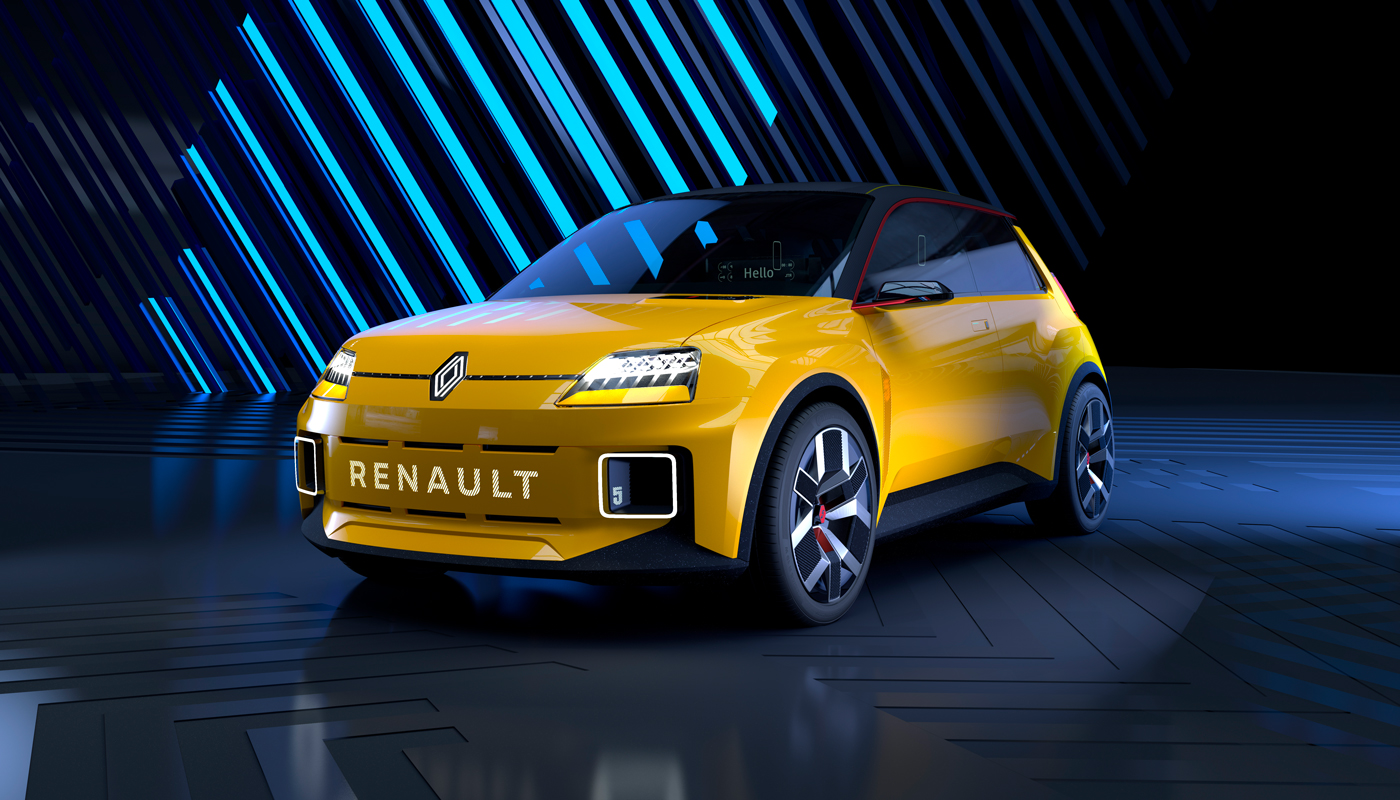 Here is a model that looks as youthful as ever! It is an icon after all, and icons never age! And yet, the Renault 5 will celebrate its 50th anniversary next year, a major milestone and a time to pass on the torch. In 2024, the ‘new generation’ of Renault 5 electric cars will make their grand entry as part of Renault’s Nouvelle Vague.

You may have already caught a glimpse of the new generation, or at least of the precursor show-car known as Renault 5 Prototype. Unveiled at the beginning of the year when Renault announced the Renaulution strategic plan, it is now on show at IAA Mobility 2021 in Munich, alongside the All-New Megane E-TECH Electric. It is joined by four other Renault 5 models that each left their mark and showcase the ties between the brand’s legacy and its future.

The genes of its forebears

While avoiding the retro feel, the Renault 5 Prototype is still a clear genetic descendant of its original ancestor born back in 1972: a sly, roguish profile, additional lamps built into the front shield, bonnet vents, vertical rear lights, and more. Features from previous models have been revamped in both look and function. The bonnet vents hide the electric charging port, the rear lights feature spoilers for better aerodynamics, and the additional lamps have now become LED daytime running lights.
Nicolas Jardin, Lead Exterior Designer at Renault Design, explains how the iconic look of the ‘Renault 5’ has been redesigned in a futuristic way.

Making electric vehicles accessible to all

Inspiration for the Renault 5 Prototype came from more than just the traditional Renault 5. Its design is also inspired by the Supercinq and R5 Turbo. The wide rear wings are a particularly telling feature and are bound to trigger fond memories for car rally fans. The yellow body has a very ‘pop’ feel that is guaranteed to give anyone who sees the latest show-car a very seventies vibe. 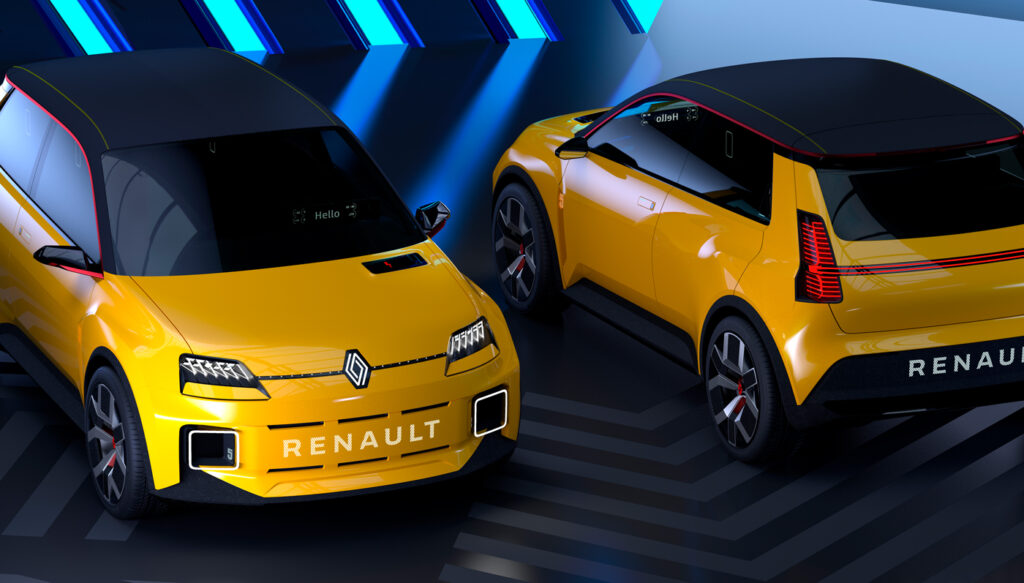 But don’t be fooled! Renault’s R5 Prototype is very much a car of the future. The production model, set for a 2023 release, will bring electric vehicles to a far greater European audience thanks to its modern approach what makes a vehicle both modern and essential – just like the R5 back in its day. The brand’s key asset lies in the CMF-BEV modular platform, which is ideal for compact urban cars at an unbeatable price for the same level of performance. 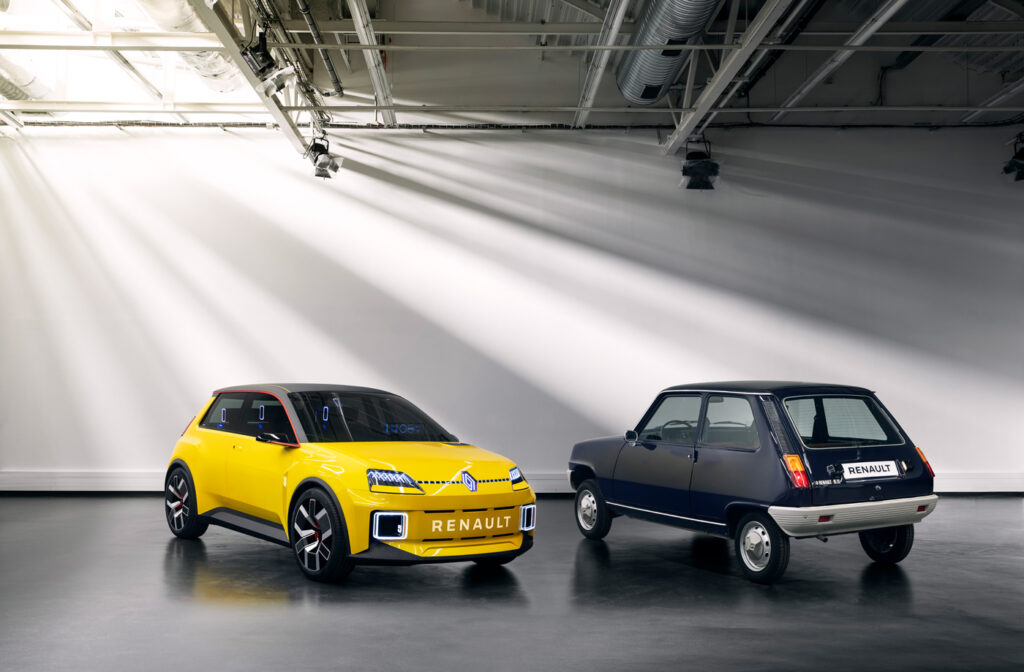 EV ahead of its day

According to a little-known anecdote, there has already been an electric Renault 5. At a time when no one even dared imagine it could be possible: it was the Spring of 1972, when a partnership with EDF gave rise to the first electric model. Around 100 models were made, each with a UNELEC engine and eight 6V traction batteries. One of the original Renault 5 Electric models is on show in Munich, alongside an orange Renault 5 TL (that many people today would describe as “the car my parents drove”), a champagne-coloured Renault 5 TX (the high-end version back in the day), and a black Le Car Van (an homage made by Heuliez to the R5 Le Car for the U.S. market). In seeing them all lined up, one can’t help but feel excitement at what the future holds! 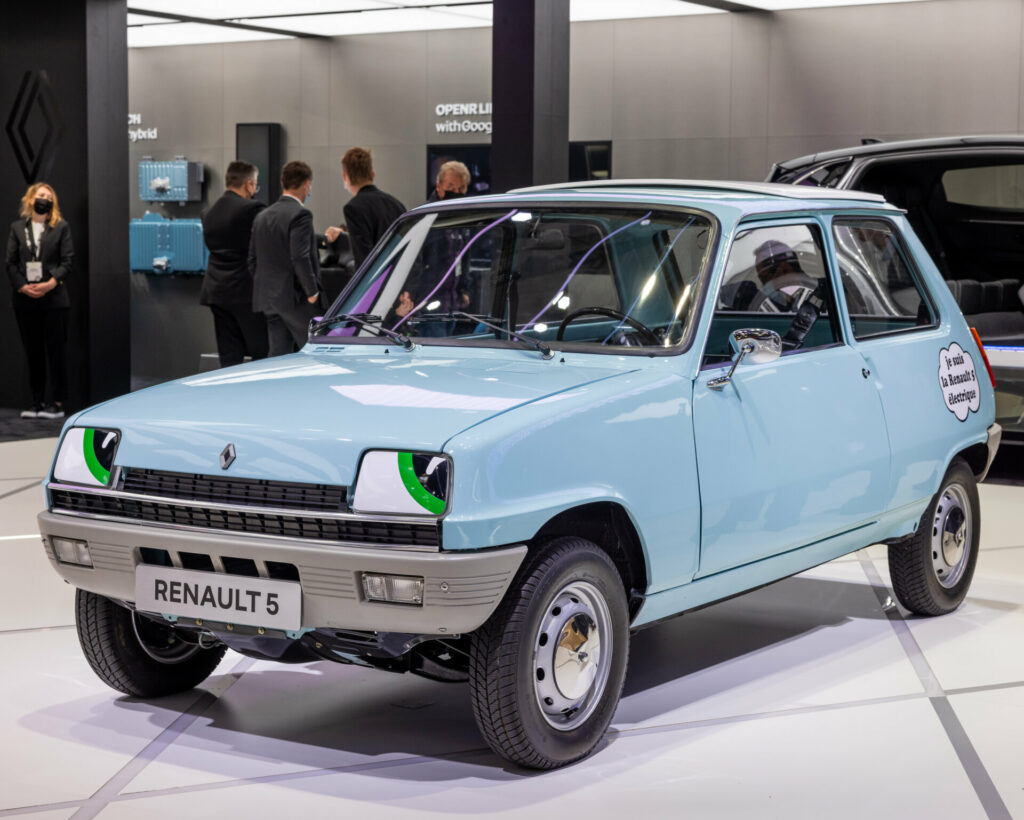 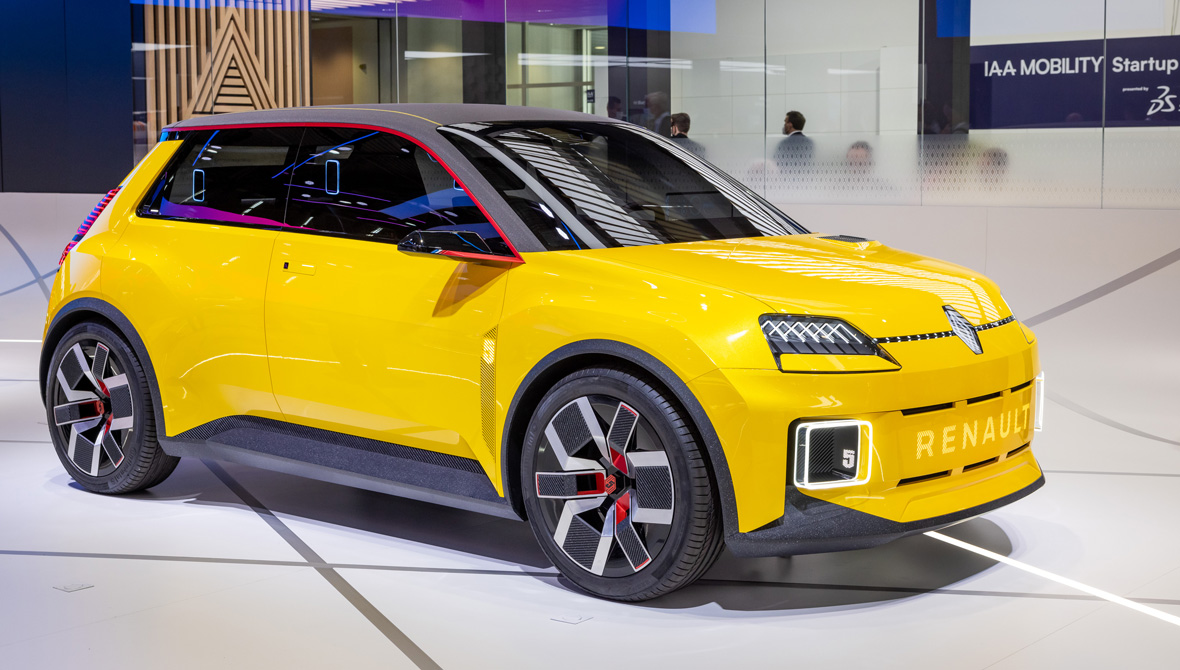 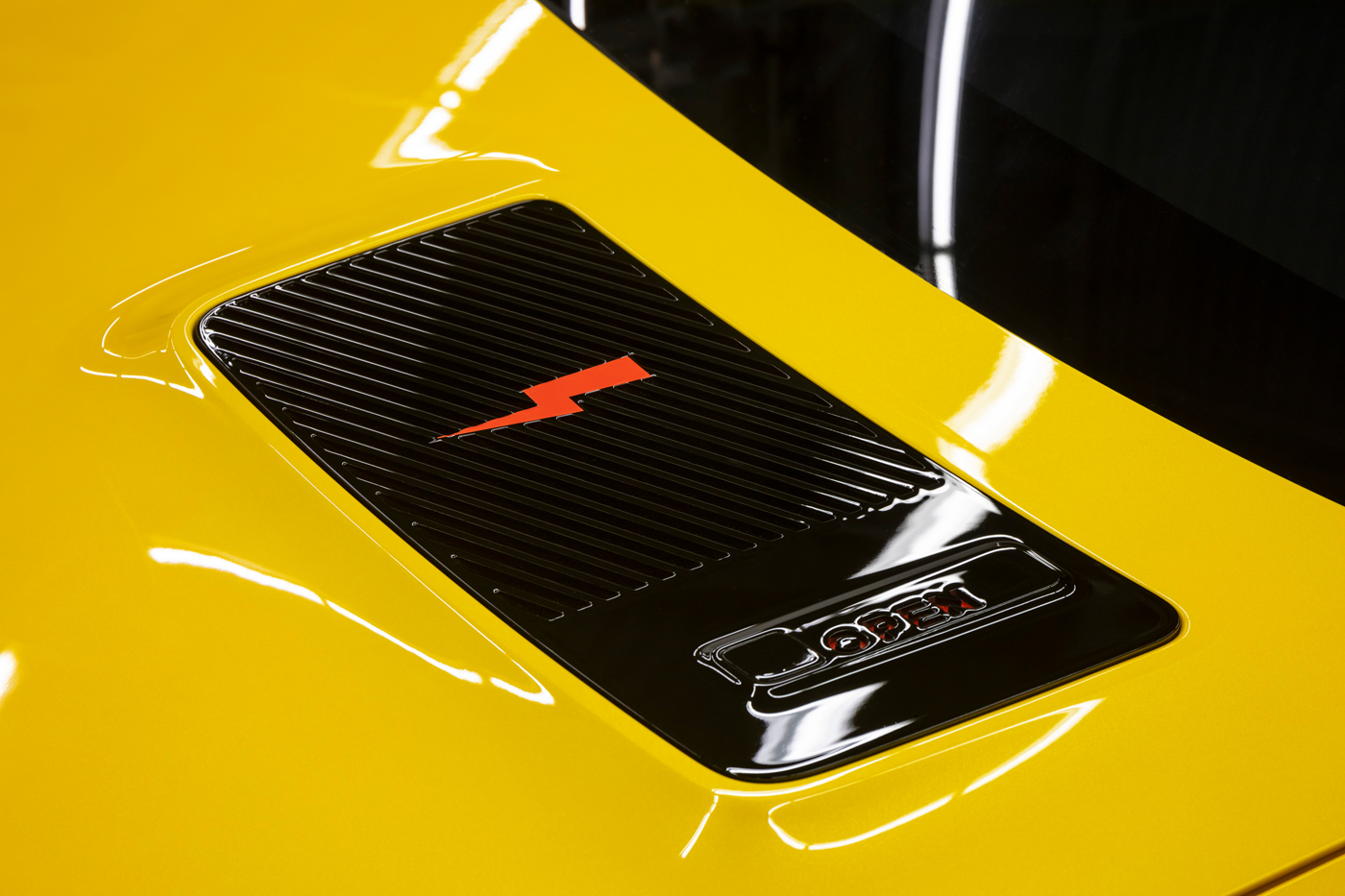 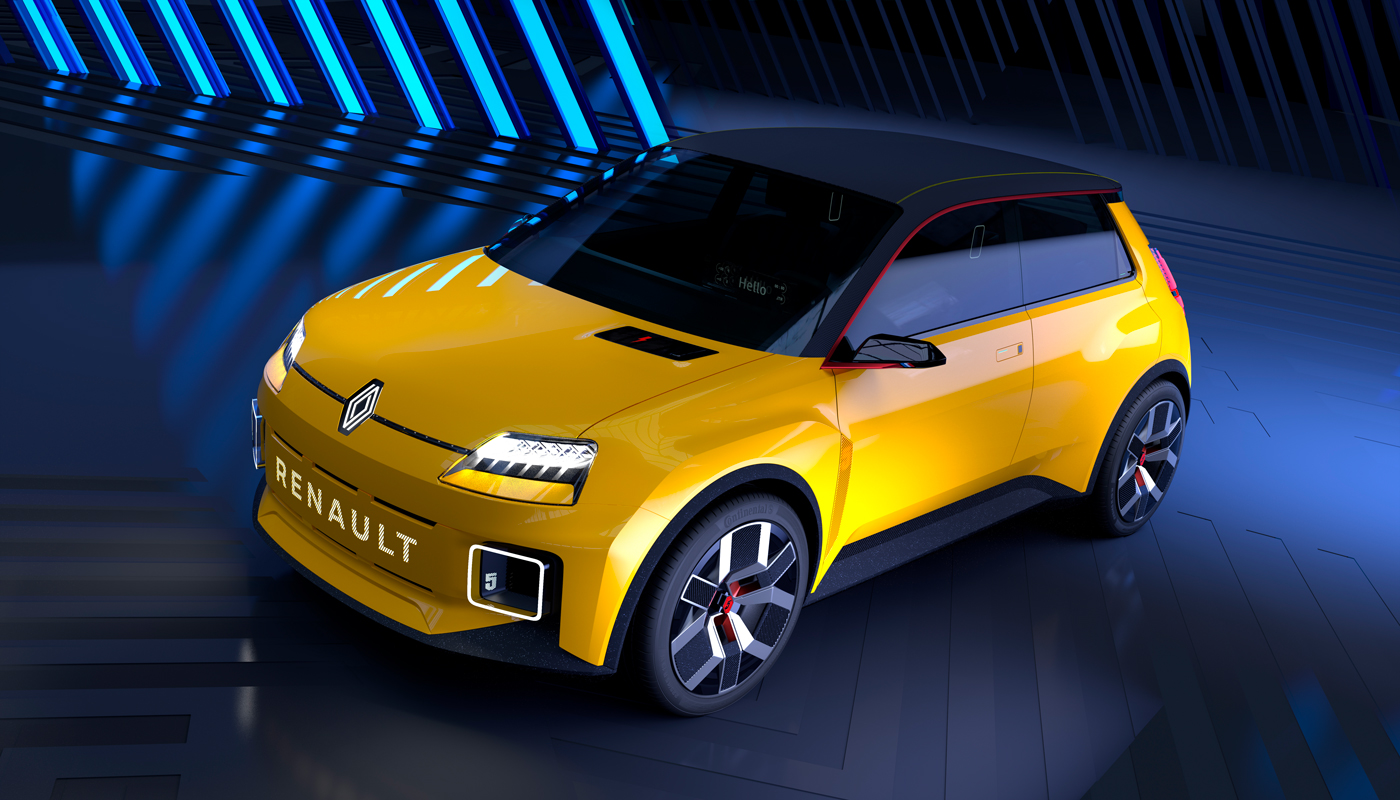 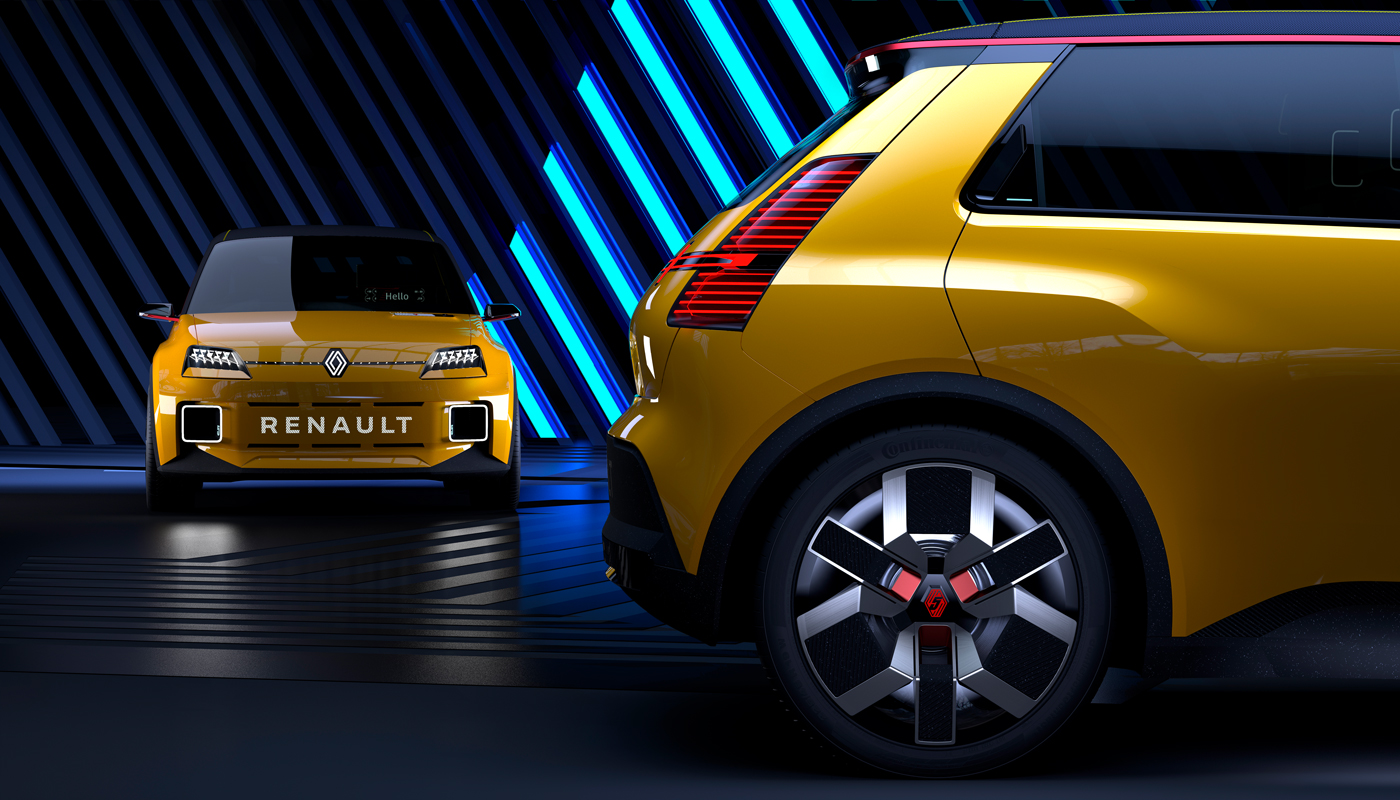 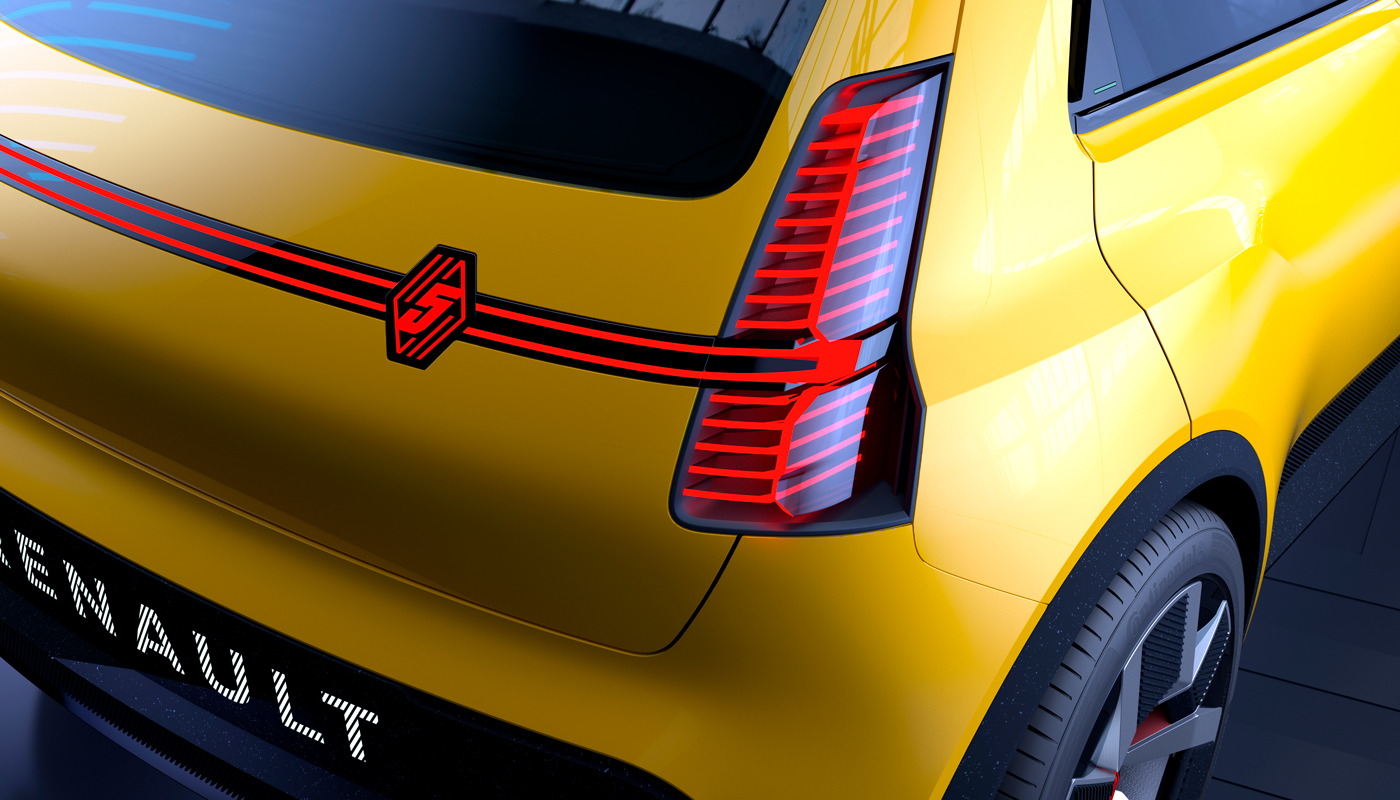 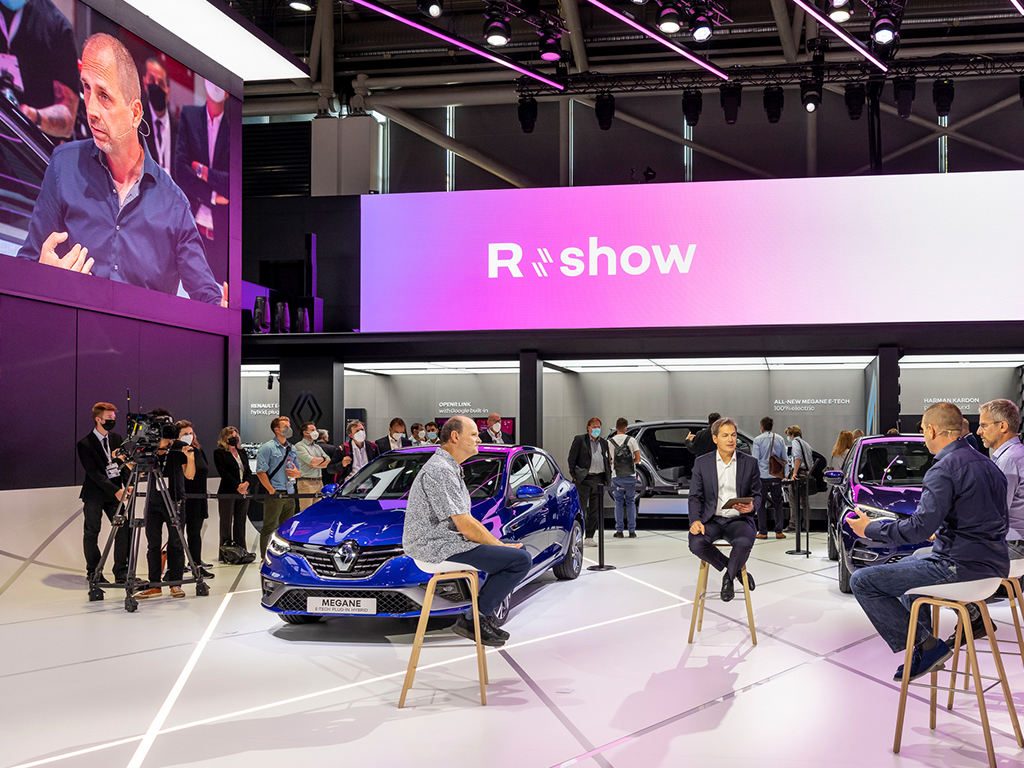 What will it be like to experience life on board in the future?

How do we experience mobility when in a vehicle? What emotions do we feel? What can AI add to the experience? What will travel be like in 2100… in 2200? Luc Julia, Renault Group Chief Scientific Officer, shared his insights on such questions during a high-level debate at IAA Mobility 2021 in Munich.